leojin
Renaissance Man. A Husband, a father, a friend and health advocate.

Kick the habit of Smoking for Good!

Most smokers sincerely want to quit.  I know I did, and was desperate, matter of fact in a span of 6 years I made several attempts to quit. I began the struggle at 18 years old. Nicotine patch in those days are not available.
I began smoking at the age of 12 and quickly got hooked without the knowledge of my parents. At age 16 I was capable of puffing out 2 packs a day. It was not a very expensive habit back then because I can get some of it for free.
At that age I was behaving like a normal teenager. I engage in many sports activities.
Despite my engagement in active sports that didn’t stop me from getting addicted to nicotine.
As I increase my daily sticks I slowly realized that it was affecting my health at that time.
But I didn’t care much because I was too young to worry and was surrounded by smokers. Reality struck me when I started my first job as a RN in the hospital. There I witnessed chronic smoker who suffered from Chronic Obstructive Pulmonary Disease (COPD) who struggled to survive. They look like a fish out of the water, gasping for air. That’s when I decided that I didn’t want to end up like them, I was 18 then.
During my first attempt to quit, I thought it was something that I can accomplish overnight or maybe few weeks.
But I was wrong. The first day I attempted to kick the habit, it went to an entire day of craving. With lots of activities to keep me busy and distracted from grabbing another stick. The after meal craving was incredibly difficult.
That’s when I realized that smoking was not just a habit, it was an addiction. I’ve tried several ways to quit but I end up longing, craving, lusting. I was emotionally deprived of a companion in between my two fingers.
Deprive of a best friend who is a very good listener to a one way conversation. Physical symptoms of withdrawal like nausea and vomiting began to taunt me.
I felt defeated and thought that I could never give this bad addiction up.
I was married to my wife who hates the smell of cigarette. It was a sad situation I made her believed that I quit smoking when in fact I would hide my cigarettes in the garage and sneak out to take my pleasure.
When I go back inside I will have to change my clothes and clean my mouth thoroughly, though I suspect that she was aware of my struggle. Until one day she told me that my mouth smells like an ash tray. I felt very offended but I took it as constructive and decided that day I will drop the habit cold turkey.
That was 1996 and I’ve been smoke free since.
What made that decision successful and not as hard as when I started? The motivation to earn the respect of my wife and I fought the battle in my mind. Of course with a lot, and I mean a lot of prayers.
Nobody can really force a smoker to quit.  It's something a person has to decide for him/herself, and will require a personal commitment from the smoker.
What kind of smoker are you?
What do you get out of smoking?
What does it do for you?
It is important to identify why you smoke and what kind of satisfaction you are getting from smoking.
Many smokers use cigarette as a kind of counsel who listens attentively in moments of stress or discomfort.
You inhale the smoke deep into your lungs like the air you breathed and look at it as you puff it out off the thin air. The smoke vanished and then you create some more. You feel in control while having a great conversation in your thoughts. I think that was a priceless experience that hooked me.
On some occasions it may work as a drug; I know I take cigarettes as a tranquilizer, to numb myself from all the struggles I’ve had with my growing pains.
When it comes to quitting, a smoker may find it easy to stop when everything is going well, but may be tempted to snowball back into habit when face with stressful events in life.
I’ve had those bouts of struggle. I made sure that whenever I’m in those situations, I made a conscious effort keep a conversation with people who doesn’t smoke.
The battle is fought in the mind. Keep your mindset determined to overcome the addiction, your most effective tool.

Once a smoker understands that desires can be controlled from thoughts, the mind control exercise will be the most powerful tool to suppress craving.
Because smoking is a form of addiction, 80 percent of smokers who quit usually experience some withdrawal symptoms.  These may include headache, light-headedness, nausea, diarrhea, and chest pains.  Psychological symptoms, such as anxiety, short-term depression, and inability to concentrate, may also appear.  The main psychological symptom is increased irritability.  People become irritable that they become hostile and argumentative in periods of withdrawal.
During this period insomnia is also very common.
Some people seem to lose all their energy and desires for activity. Their energy level drops to a point that they exhibit the symptoms of Narcolepsy.
Others may react exactly the opposite way, becoming so over energized they can't find enough activity to burn off their excess energy.  For instance, one woman said she cleaned out all her closets completely and was ready to go next door to start on her neighbor's.  Both these extremes, however, eventually level off.  The symptoms may be intense for two or three days, but within 10 to 14 days after quitting, most subside.  The truth is that after people quit smoking, they have more energy they generally will need less sleep, and feel better about themselves.
It is very important to understand that these withdrawal symptoms will be there but you have to pursue your goal of defeating this addiction.

The craving for Nicotine will linger for awhile. Make sure you keep your diets healthy, take vitamin supplements regularly. You've been depleted with these elements over the years of smoking.
Exercise and enough rest will sustain the fight to overcome the addiction.
Reward yourself. At the end of the week treat yourself with a pat in the back for overcoming the temptation for the week.
In any from of addiction no one else should be in control but yourself. Like a horse, you can only force them to walk into the watering hole, but you can't force them to drink.
It's all about will power to succeed and overcome. Visualize a very good outcome when you are finally clean and smoke free.

Quitting smoking not only extends the ex-smoker's life, but adds new happiness and meaning to one's current life.  Most smokers state that immediately after they quit smoking, they start noticing dramatic differences in their overall health and vitality.
Quitting is beneficial at any age, no matter how long a person has been smoking.  The mortality ratio of ex-smoker decreases after quitting.  If a person quits before a serious disease has developed, his/her body may eventually be able to restore itself almost completely.
Not mention the amount of money you save after quitting. $ 5-8/pack a day is a lot of money at the end of the year.
Back in 1996 when a pack of Marlboro –my brand- was $ 2.79 a pack a day x 365 (1 year). I was able to keep enough money to bid at an auction for an old Chevy Truck that I’ve used to work for 3 years and still able to resell it for $800.00 when I was ready for a brand new car.
Good news for smokers is that the US government finally realized that it cost more to treat the devastating effects of smoking than to prevent so they set aside a budget to help smokers quit.
If you are from NY State there is a quit smoking campaign where free medical management are offered in government run and not for profit owned clinics.
If you need help quitting please get in touch with your Doctor or any health care provider that you can get in touch with. Better yet get in touch with me.

Thank you for taking your time to add a comment. All efforts will be made to respond within reasonable time frame.

Add Creativity to Your Boring Profile...

Logo and Banner Designs You Can Really Afford! 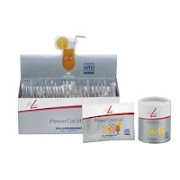